Born and raised in Guelph, Frank Valeriote is a lawyer and community leader who most recently served for 7 years as the Member of Parliament for Guelph. Frank and the law firm of SmithValeriote LLP advise Flyingbow Music Ministry on all legal and charity matters.

He graduated with Honours from the University of Western Ontario with a Bachelor’s Degree in Canadian History and Economics. He went on to earn a Law Degree from the University of Ottawa and was called to the Bar in 1981.  Frank co-founded the law firm of SmithValeriote LLP, where he served as a senior partner until his election.

Frank has been very active in the community for over 35 years.  For 18 years he served on the Catholic School Board, including several years as Chair garnering a deep understanding of board/parent/teacher relations, institutional building and property maintenance and board/teacher contractual negations.  Throughout that period, he oversaw the opening of four new schools and was a catalyst for creating a positive and constructive relationship between the teachers and the board for which he received public recognition.

Frank also served tirelessly on the Board of the Alzheimer’s Society of Guelph Wellington for 9 years and was similarly active on the St. Joseph’s Health Foundation for 6 years.

On matters of social significance, Frank was an active board member of the Guelph-Wellington Women in Crisis for many years and co-founder and first chair of the Committee Against Family Violence, where significant strides were made locally in police and court responses to domestic violence.  He also served on the board of ACORD (A Community for Offender Reconciliation and Diversion) and as a member of the Guelph and Wellington Housing Authority for 9 years dealing with matters of social housing and helped usher in one of Guelph’s vital social programs – Onward Willow.

Frank has worked hard to mentor new entrepreneurs start their business and promote investment in Guelph.  He is a former board member and Chair of the Guelph Wellington Business Enterprise Centre mentoring the creators of small business and has been actively engaged in numerous fundraising efforts for various Guelph philanthropic and other charitable organizations.

As part of his Parliamentary responsibilities, Frank served on the Liberal Party of Canada leadership team in his role as Deputy Whip. Frank was also the Critic for Veterans Affairs and served as Vice Chair of the Standing Committee on Veterans Affairs. Previously he served as Critic for Agriculture, Agri-Food & Rural Affairs and was the Vice-Chair of the Standing Committee on Agriculture and Agri-Food where he gained a wealth of understanding and experience in farm issues including farm support programs and generational transition of farms.

Frank co-founded the Parliamentary Committee on Palliative and Compassionate Care (PCPCC) and co-authored a significant Parliamentary Report known as “Not To Be Forgotten” dealing with end of life issues, suicide prevention and elder abuse.  He served as the Chair of the Liberal Automotive Caucus and was the Liberal representative on and co-vice-chair of the Industry Committee’s Subcommittee on the Automotive Industry which conducted an intensive study of the crisis in Canada’s auto industry. Frank also participated in caucus working groups researching food safety and a National Food Policy, social justice, water and environmental issues.

Locally, Guelph’s former mayor invited Frank to participate in the Mayor’s Task Force on the Economy, setting the stage for the creation of Innovation Guelph and other local initiatives.  He has also been an occasional contributor of opinion-editorials in the Guelph Mercury.

Frank lives in Guelph and has two loving children, Olivia and Domenic whom he adores. 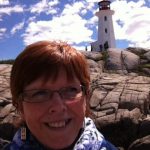 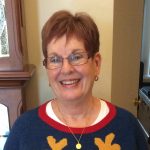